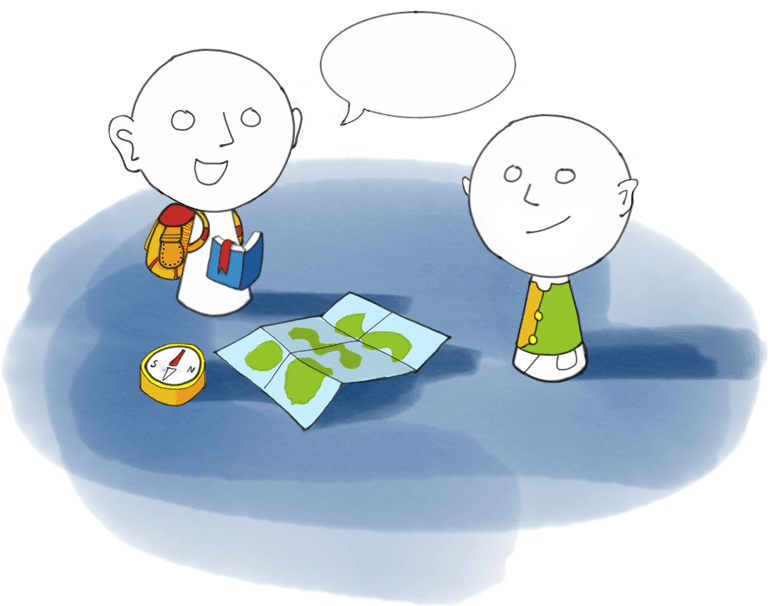 The seemingly simple process of coaching often turns out to have much more going on than appears at first sight. Really good coaches need to have the rare ability to put aside their ‘natural’ egotistical concerns and pay full attention to words, emotions, and all that is communicated non-verbally through the voice and subtle changes in body language.

There is a further challenge.It is possible for a coach to listen very attentively, identify a significant challenge to the coachee, agree on a sensible programme of action to address the challenge and find the changes just don’t have the impact you both hope they will. It is as if something in the coachee is sabotaging what is going on.

The Challenge - Being Held Back by Limiting Beliefs

Sometimes, there are inner thought processes at work that hold the coachee back. Neither exhortations nor encouragement seem to make much of a difference.

Fortunately for the coach there is a way both to identify when such processes are at work and to intervene gently in a way that helps the coachee move from feeling stuck or disempowered to being in control and able to take action.

The Solution - Language Is The Key

The clues to the solution are all hidden in the language the coachee uses, and there are seven identifiable language patterns that can reflect a stuck or limited map of the world.

When I began to create the Coach’s Toolkit 10 years ago I kept thinking of a metaphor that reflected the challenge of really coaching (as opposed to mentoring). To adapt L P Hartley’s opening words from ‘The Go-Between’:

The other person is like a foreign country, they do things differently there.

In a foreign country you need things like a map, compass and a phrasebook to help you navigate your way around. Hence we call our little book about the seven language patterns ‘The Coach’s Phrasebook’.

Here’s an introduction to the first of the 7 patterns.

The coachee may say something like one of these:

How are they feeling?

Clearly, the coachee is feeling disempowered and unable to make things get better. After all, if everything goes wrong, and everyone is against you, then surely there is no point in even trying!

But these limiting beliefs are likely to become self-fulfilling prophecies.

How should the coach respond?

First of all it is essential that the coach is empathic and shows that they are really hearing what they are being told.

Just saying ‘Try harder’, ‘Pull your socks up,’ or ‘don’t be so defeatist - it was far worse for me but look where I am now’ would show a total lack of rapport and leave the coachee feeling even worse than they were already.

But too much sympathy isn’t going to help either.

‘Oh you poor thing, how awful, that must be terrible’ may make them feel a little comforted but that is the role of friends and family, not a coach who is there to help make things better. The coach needs to find a rapport-full way to challenge the limiting pattern until it is replaced by a more helpful one. Often a little humour or exaggeration can be appropriate.

‘Really - everyone?! Is that the whole world you mean?!’ Then get specific, move from the over-generalisation to the specifics.

‘Everyone’ may turn out to be two people. ‘Always’ may be six times out of ten’. Now you have something to work with. ‘What was different in the four times it worked to the six times it did not work?’ The coaching conversation can then continue in the normal way.

At a later date we will publish more information about the other six patterns. In the meantime, why not think what they might be? Listen out for over-generalisations in conversations with friends, on TV shows or in politicians’ speeches! You have taken the first steps towards learning to use a powerful tool that is still not as widely known as it deserves to be.

As far as I know the first people to identify language patterns that reveal underlying limiting beliefs were John Grinder and Richard Bandler in ‘The Structure of Magic’ vol 1 (1975). They termed their patterns ‘The Meta Model’.

What I term ‘overgeneralisations’ they called ‘Universal Quantifier’, and went on to give very technical linguistic terms to another twelve patterns (‘Unspecified Referential Index’ anyone?!) Grinder and Bandler’s formulation is often taught in NLP trainings: it’s excellent, but in my view much more complex than it needs to be.