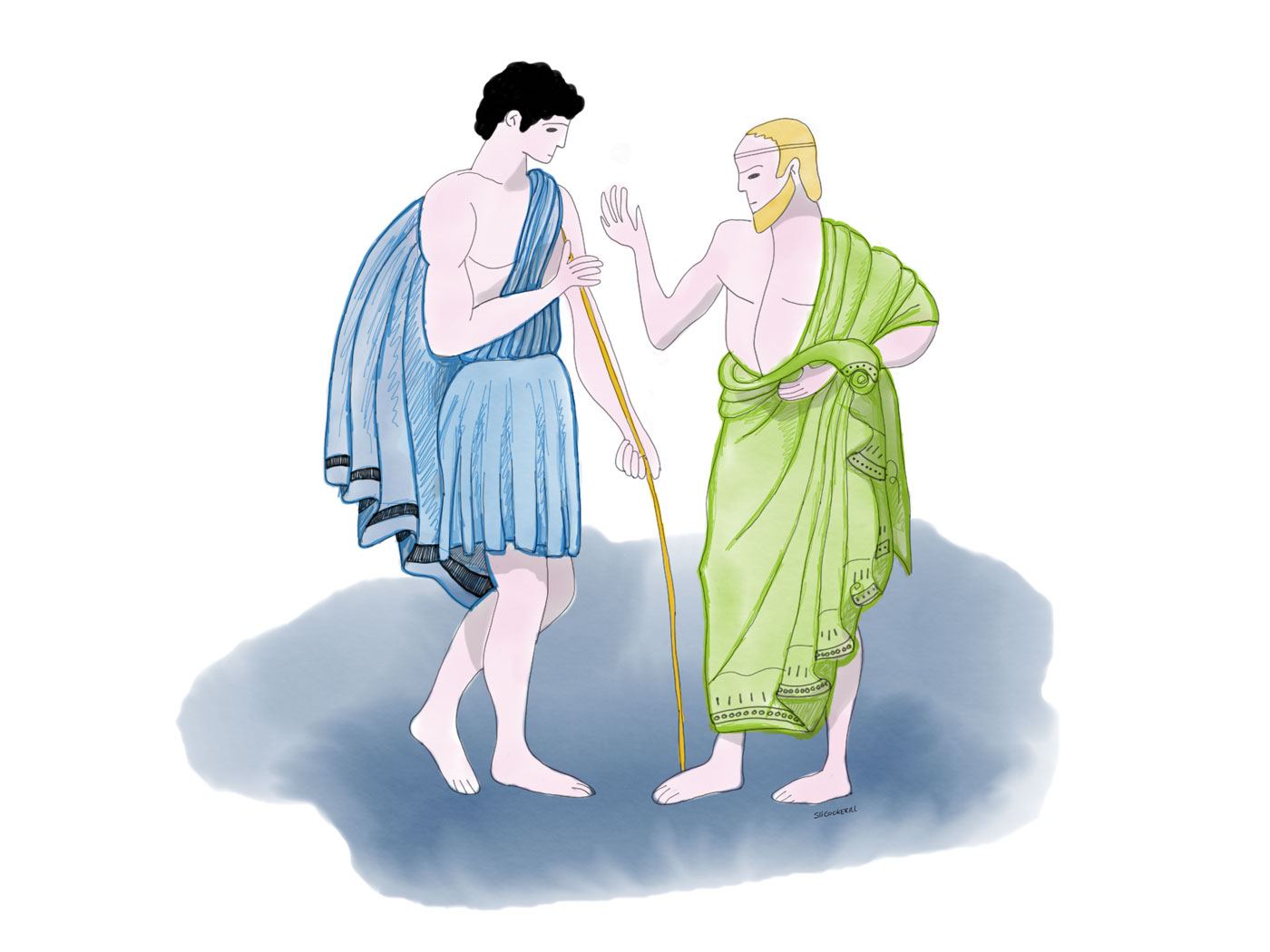 Do you mentor or do you coach? Certainly in schools there is much more mentoring than coaching going on. But what is the difference, and how can you get better at each?

A spectrum of helping

The most helpful way to think of the relationship between the two is to see they are both along a ‘spectrum of helping’ from the very directive to the non-directive. If I want some technical information - ‘how do I get my whiteboard to work?’ - I probably just want to be shown exactly what to do. Likewise if there is a crisis it is best for someone to show clear leadership and tell everyone else what to do!

The original Mentor appears in Homer’s Odyssey. He was the older, trustworthy man asked by Odysseus to guide and look after his son Telemachus as he grew up (while Odysseus himself was away fighting with the Greeks in Troy). So the word ‘mentor’ usually suggest a more experienced person guiding a less experienced one. On our ‘spectrum of helping’ it comes somewhere in the middle:

So what of coaching? It gets confusing as coaching can also be directive, as some forms of sports coaching are (‘grip the racket like this.. do as I do’). However most modern understandings derive from the ‘Inner Game’ approach of Tim Gallway and co in the 1970s. They found that raising awareness of what was going on (‘notice what happened when you hit that ball into the net…’) created a much better mental state than when a directive approach was taken. There was less negative mental self talk, and it became easier to enter a ‘flow’ state.

Modern approaches to coaching derive from these roots. It really took off when it became clear that subject technical knowledge and expertise was not necessary - indeed, it was often unhelpful as the coach enjoyed the status of ‘expert’. Thus a trained and experienced coach could work very effectively in fields in which they had little or no technical knowledge. (John Whitmore gives a clear account of this in Coaching for Performance).

Hence it is appropriate to place coaching at the right hand end of the spectrum:

Coaching involves a relationship of equals - in TA (Transactional analysis) language it is ‘adult-adult’ rather than ‘parent-child’. The coachee takes full responsibility for the decisions they make: the coach’s role is to help them think clearly and holistically to make the best possible decisions. The coach needs to take care not to ask leading questions or steer the coachee down any particular avenue of behaviour. Something that does not come naturally to most of us!

So, should I mentor or should I coach?

It is important to be conscious of which is most appropriate. If you are working with someone in a leadership position it is important that you coach - leadership involves taking responsibility and making decisions. But if you are supervising, say, a newly qualified teacher then it may well be better to mentor, at least at first. The new teacher needs to be shown the school’s way of planning lessons and may need close guidance on aspects of behaviour management. But remember that mentoring is on a spectrum of helping. Over time, you’d look to coach more than mentor. Why not be open about this?

Where should training focus?

We’re naturally good at telling others what to do (especially teachers?). We’ve had our own model of reality in our heads since we can remember and we naturally assume it’s the best way. So no one needs training in how to be directive. We’re naturals!

But although a good coach can make it look natural or even easy, it’s not. How do you structure the conversation without being directive? (see 7 Steps to a Successful Coaching Conversation)

As the time you have for training is likely to be limited, it is important it is targeted where it makes the greatest difference - at the non-directive end of the spectrum. Good luck!